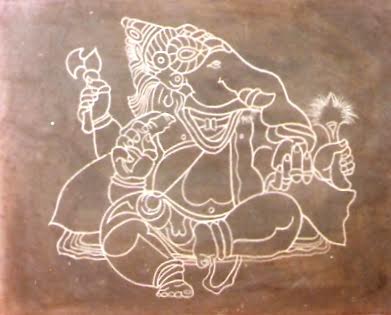 -More than 200 Ganesh Paintings & Carvings will be displayed

Pune : On the Occasion of Ganesh Chaturthi a popular ten days Ganesh festival, P N Gadgil & Sons under Art Initiative will be hosting an exhibition on Ganesh Paintings and Carving ‘Adhi Vandu Tuj Morya’ in Pune & Chinchwad. Common man may imagine various forms of Ganesh; But, very few can portrait them on canvas or carve them. To show various forms of Ganesh, artist from various parts of Maharashtra will be part of ‘Adhi Vandu Tuj Morya’ a Ganesh Painting Exhibition.

In Chinchwad at P N Gadgil & Sons Chinchwad Store, Gokhale Vrudavan, Near Chapekar Chowk, hobby Artist Prafulla Bhishnurkar will showcase more than 100 forms of Ganesh, which he has carved on Stone Slates. His exhibition will display various forms of Ganesh namely Ashtavinayak Ganesh, Shreemant Dagadusheth Halwai Ganpati, Saras Bagh Ganpati to name few so. He has used thick and long needle to carve Ganesha on slate without using any colour. This is really an unique art form, Pimpri-Chinchwad people and devotees will be happy to see Ganesha in these various Art Forms. Bishnurkar’s Exhibition will be inaugurated by the hands of senior artist Pramod Kamble on 3rd September at 5.30pm, which will be followed by live demonstration of how to make a Ganesh Idol from clay. Exhibition will remain open till 15th September 2016 from 10.30 am to 8pm.

In Pune, Professional artist Sharyu Farkande & Hobby artist Dhanesh Mule will showcase more than 100 forms of Ganesh using Acrylic, Water Colours on canvas and Paper. Farkande has depicted Ganesha in abstract form and some of them are inspired from Peacock Feathers. Her exhibition will be held at P N Gadgil & Sons, Aundh Store Art Gallery, Westend Center 1, Mahadji Shinde Road from 3rd to 15th September & will remain open from 10.30am to 8pm. Well known artist Charuhas Pandit will inaugurate the exhibition at 4.30pm which will be followed by live painting demo of Chintu with Ganpati.

Mule has painted various expressions of Ganpati like Meditating, Eating Modak, Immersion Procession, Dancing Forms etc. This exhibition will showcase more than 50 such forms and will be inaugurated at P N Gadgil & Sons, Satara Road Store Art Gallery, Mudra Building on 3rd September at 3pm & it will remain open till 15thSeptember from 10.30am to 8pm. 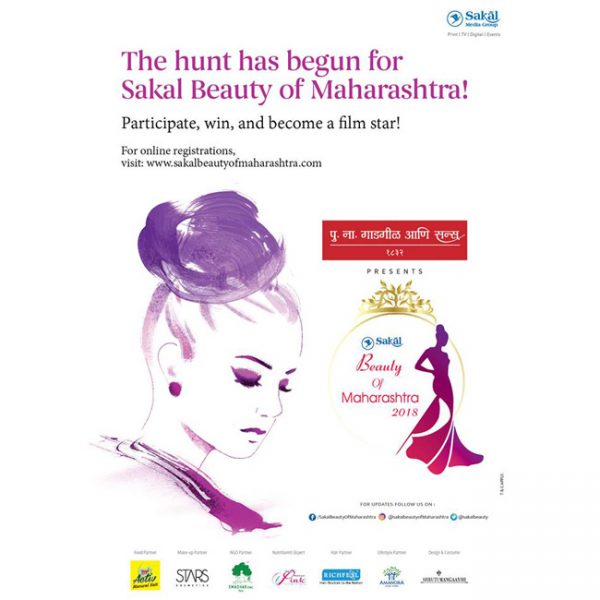 Proud To Be Associated